Like many women Andressa Urach, underwent a cosmetic procedure in hopes of improving her image. However that results were not quite that!  Urach received a procedure in which a substance was injected into her thighs to increase the volume in her backside. Unfortunately the injection leaked, causing an infection so serious that she  had to be rushed to the hospital with a severe infection.

“The hydrogel was not absorbed by my body and started to harm me. Now I’ve discovered that the PMMA is sticking to my muscles and causing the tissue to rot,” she said in an interview with Brazil’s R7 website. ‘That’s why I am feeling such strong pains. I’m taking morphine every four hours and antibiotics to alleviate the suffering.”

Andressa Urach is the runner-up in the 2012 Miss BumBum a contest that judges the participants on who has the best booty.Before her butt injection incident, Andressa Urach was best known as a reality television star who made headlines after claiming she had an affair with football star Cristiano Ronaldo

At Feel Foxy we urge women to consider the safer alternative! A padded panty is a solution that wont result in your hospitalization!

Check out our Silicone Padded Panty for a product that will give you the same results as implants! 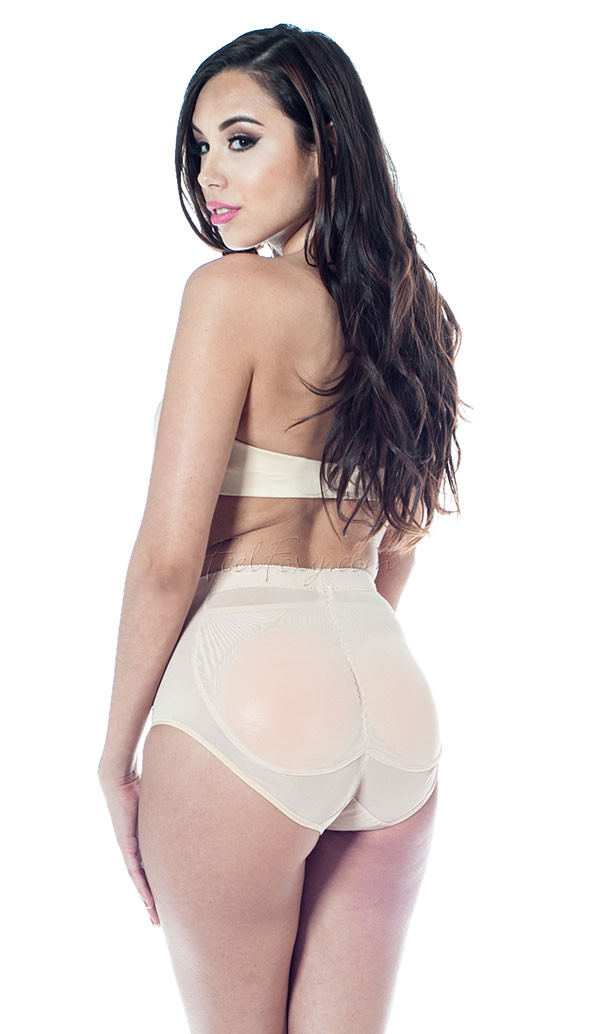